States of Mind documented my own mental state from health to psychosis. From sanity, holding it together, paranoia, hallucinations to psychotic break I used objects to convey each of five stages.

States of Mind 3/5- paranoia    –    I had recently lost a few members of my family, and when clearing out my uncle and nan’s council flat I found that my uncle had kept every pair of glasses he had ever owned. He had hoarded a variety of things but these seemed important to me in relation to him, as he was a shy, quiet man who was just content to watch life and not necessarily take part. I kept the preserved frames knowing there was something more in them. When thinking about paranoia I thought about being watched, scrutinised and assessing your own every move. By inking each pair and wrapping them in fabric to create a single transfer I wanted to create a crucible of eyes watching. The process destroyed the objects but left traces, remains. 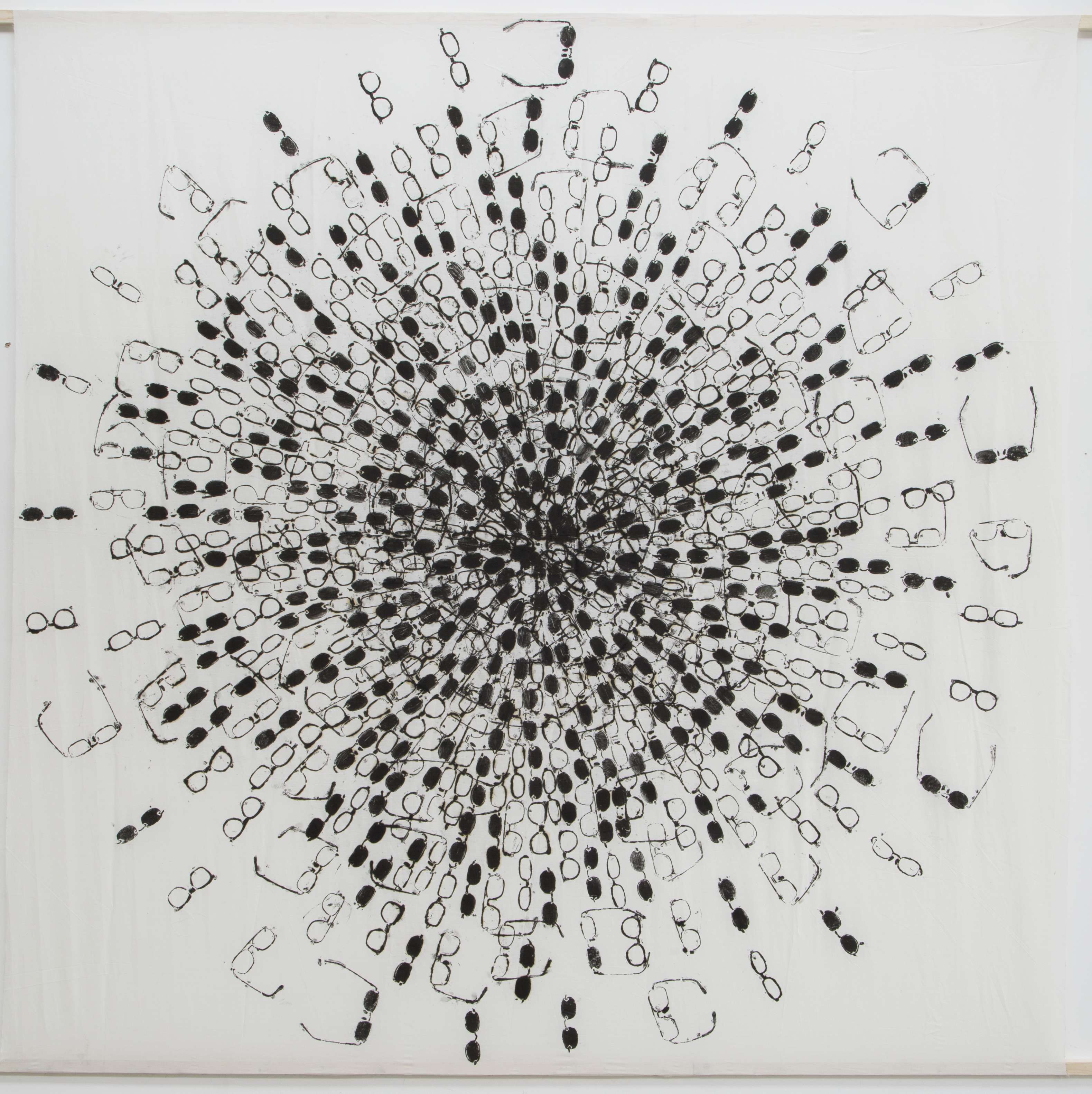 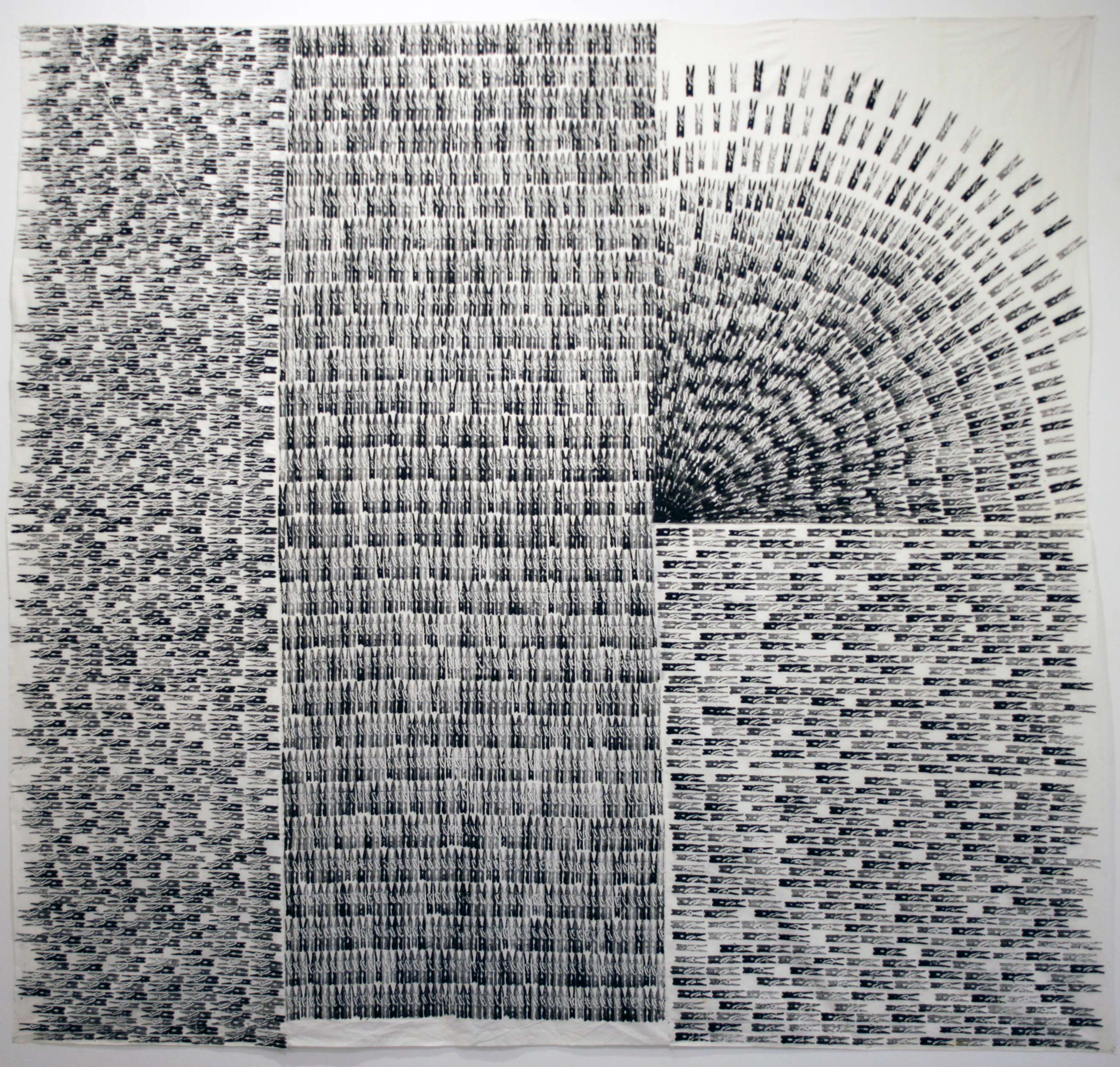 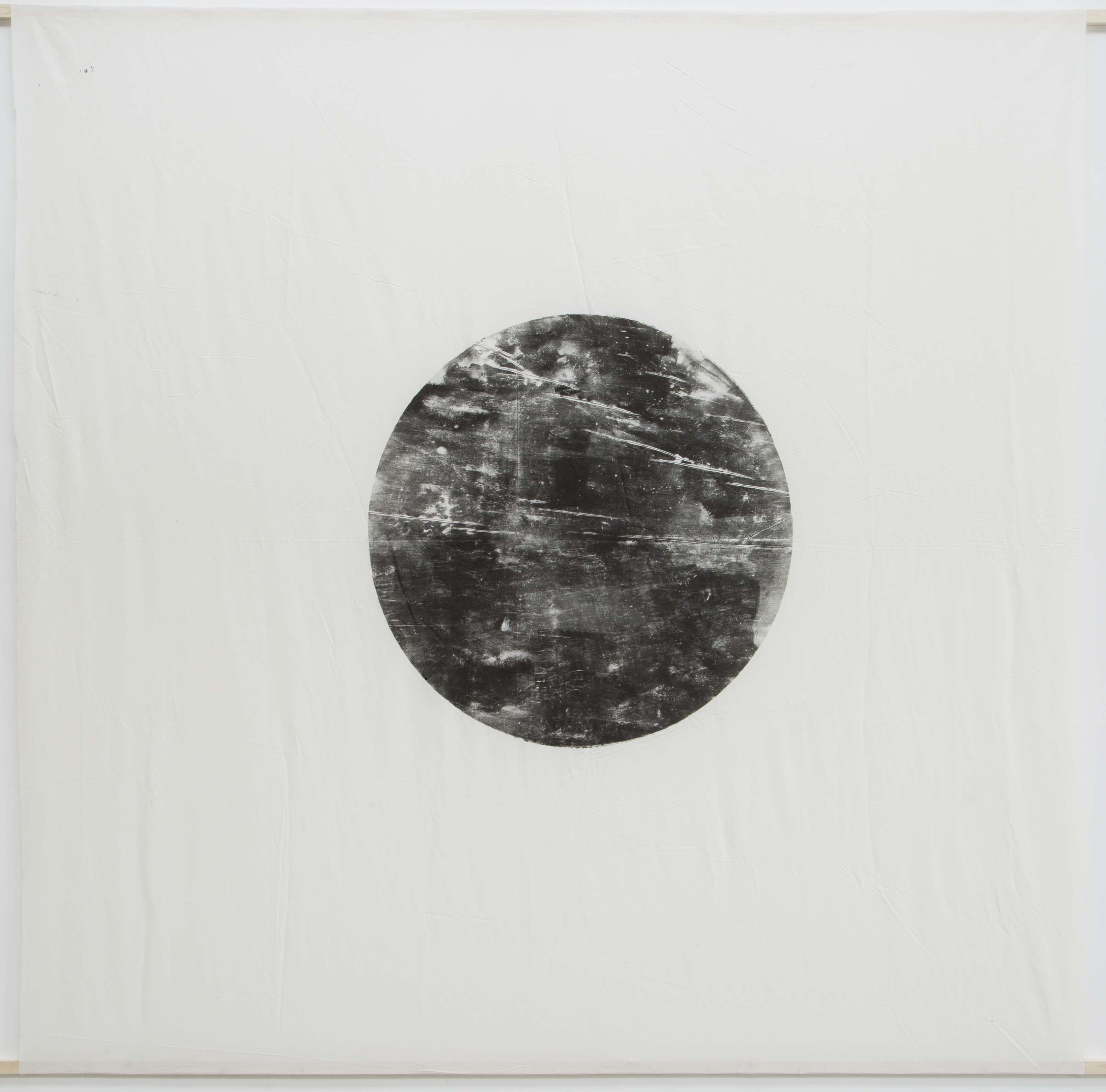